Go to criccroc.com for online shop

Each of the Family members who offered their services to the freedom of this country and to World peace deserves a special place in all our hearts.

As my tribute to these men I will attempt to write up their experiences as best I can from the war records and the stories I have heard and the aftermath I have observed. I certainly won’t do the justice each deserves as so much is missing. Most were taken prosner and the harrowing lives they suffered were never recorded nor spoken about. Much of the war records are difficult to follow but I will do my best. If anyone can add or correct my work please contact me through the CONTACT page of this blog or through email jumper11@live.com. Photographs would be very much appreciated.

May I also pay tribute to the millions of women of the World who had to watch their brave men march off to war not knowing what was happening nor the fate that was awaiting until the day that dreadful telegram might arrive MIA, POW or worst of all KIA. They had to bear the not knowing, they had to “keep the home fires burning’, they had to keep the families together and uphold the spirits of all throughout the years, all the time facing hardships and deprivations. Then when it was all over and the cheering and welcome home was complete they faced the aftermath. In some instances this was far worse than the years when their love ones were not around.

They saw their men in the throes of Post Traumatic Syndrome (not called that in those days), suffering from numerous diseases, unable to communicate about the brutal lives they had suffered and watched some die from the wounds and deprivations they had been made to suffer through.

To bury your love one 10 years after they had marched away so happy, buoyant and feeling heroic in their belief that they were saving the free world would have been unbearable.

Each page will be dedicated to one of the Penny – Rogers- Buirchell Heroes and without fear or favour I will begin with Henry Lloyd Buirchell better known to the family as Uncle Mick. To Dorothy and Lyn and families I hope this gives you a feeling of GREAT PRIDE.

Mick was born in Kojonup on the 4th December, 1914 to Alice Agnes and Thomas Buirchell.

When the war in Europe broke out in 1939 Henry Lloyd (Mick) Buirchell was quick to join the local, Western Australian Militia. He enlisted in Bayswater on the 10th November, 1939 as Private Buirchell number 462441 and was placed in Unit 25 Light Horse (Machine Gun section) Regiment. This was to be a group to train up potential soldiers and to bolster the home guard.

The doctor recorded noting scars on his cheek, arms and legs as well as one for an appendectomy.

Mick had enlisted for 3 years and wrote that he was a shearer and single. He was marched in to the Militia on 14th November, 1939 and discharged on 30th May, 1940. At this stage he was a proficient soldier and machine gun specialist. He hadn’t left the Militia for home he was discharged so he could join the Australian Army.

Henry Lloyd Buirchell became Private Buirchell WX 4115 of the 25th Light Horse Machine Gun Battalion 7th Division. He enlisted at Northam on 15th June 1940 a month and a half after his older brother Bonny.

On his enlistment papers he said he was single, a casual worker and his next of kin was Alice Agnes Buirchell (his mother) of Kojonup. Later this was crossed out and his father Thomas was written in as the next of kin. His religion was listed as Church of England. He was described as having brown hair, blue eyes with scars to face, leg and appendix area.

On 29th October, 1940 he was entrained to Southern Command for further training and in preparation to being sent overseas. On the 22 March, 1941 he was granted pre-embarkation leave from 25 March to 4th April.

On the 21 April, 1941 he was one of thousands who were crowded onto the HMAT US 10 to embark from Fremantle for the Middle East. After  3 months at sea they were disembarked in the Middle east on 14th May as part of the 2nd Echelon (second wave of attack?).

During the latter part of 1941 with the bombing of Pearl Harbour the Japanese came into the war and begin their relentless and bloody attack through the Malay Peninsula finally capturing Singapore. They then threatened Indonesia and the Pacific Islands with Australia clearly in their sights.

On the 31st January, 1942 Private Mick Buirchell and his fellow comrades embarked on the SS Orcades bound for Australia. As the Japanese were driving through Indonesia having taken Sumatra and now pushing into Java the ship and the soldiers were diverted to bolster the local Dutch troops at Batavia (now Djakarta).

On the 18th February, 1942 the regiment disembarked at Batavia and were sent into the jungles to fight. This was a huge change from the open terrain fighting that they had been involved in in the middle east. They were not prepared for the stifling heat and humidity, the impenetrable jungle and the myriad of pests that literally ate them alive. Malaria was one of the curses along with tropical diseases most had never heard of. Undeterred they met the enemy head on but heir battle hardened adversary was too strong and too cunning. The Dutch (who had owned the islands) turned and ran trying to salvage what they could of their failing empire and private lives.

Private Mick Buirchell was to relate his disgust with the way the Dutchmen had capitulated so easily running away with their possessions with scant regard for their women folk and the fate that awaited them. The women were made of sterner stuff and tried to help the Australians and then when all was lost they were prepared to sacrifice their bodies to the Japanese in order to save their own children the same fate.

The Australian soldiers were soon overrun and seemed to disappear into the jungle. Months went by and little was heard except the Army did notify next of kin on 7th March, 1942, that the men were “Missing in Java”.

On the 21st August the Japanese Radio reported a number of Australian soldiers had been captured and were now Prisoners’ of War. One of those named was Private Henry Lloyd Buirchell. They were interned in a Java POW Camp.

What happened to them and Mick for the next 1260 days is vague although it did become obvious that they were transported north to the infamous Burma Railway in Siam (Thailand). Mick rarely talked of these days and what had happened to him although in later life he did find a kind ear and an understanding fellow army man in his son-in-law Barry Cooke. Barry was privileged to hear many of the stories and hopefully, with a bit of a push, he will share some of these with us all in memory of a great man deserving of having his REAL STORY told.

After the Americans dropped the atomic bombs on Hiroshima and then Nagasaki, Japan capitulated rapidly. The Jap soldiers were soon aware that the Emperor had surrendered and they ran off into the jungles leaving behind the sick, ill, emanciated POWs to their own fate. Rescue efforts by the Americans throughout the South east Asian area and across the Pacific Ocean islands soon had the POWs in hospitals being rehabilitated. In many cases the damage was done and was deep within the souls of all these brave men.

On 8th August, 1945 Henry Lloyd Buirchell’s records show he was granted a Proficiency pay. The next entry of 20 August, 1945 indicates he is in Siam recovering from the Japanese. On the 3rd September, 1945 he is hospitalized in Malaya. What he was suffering from is not mentioned but we do know he had lost well over half his weight, had been deprived of basic sanitary requirements, had been brutally disciplined, suffered any number of tropical diseases and had to work day after day in physically exhausting conditions to dig out a cutting from the rocky mountainsides and build bridges to make the Burma Railway line.

What damage was done inside his head was immeasurable but like a true brave soul he bottled it up, kept it under controlled , went home and made a life for himself and a family that he can be truly proud of.

On the 29th October, 1945 he embarked on the HS Koroa and was taken to Singapore. After further treatment  he arrived back in Fremantle on the 7th November, 1945 . From this point until 4th April, 1946 he is in and out of hospitals. What the afflictions he was treated for are not recorded. He was finally given a Certificate  numbered 529917 for Discharge and allowed to go home to Kojonup. Now doubt his parents, brother and sisters would have been delighted to have him safe once again.

Not long after his return Henry Lloyd Buirchell married Rhoda and started a family. From here on in I need to seek the assistance of the family still living as they know the next chapter. I personally have little recollection of Uncle Mick, Aunty Rhoda, and the girls Dorothy and Lynette. For whatever the reason my mother kept us away from the Buirchell side and although we knew of their existence we didn’t know who they were and what they were doing with their lives.

The Rats of Tobruk was the name given to the soldiers of the garrison who held the Libyan port of Tobruk against the Afrika Corps, during the Siege of Tobruk in World War II. The siege started on 10 April 1941 and was finally relieved at the end of November. 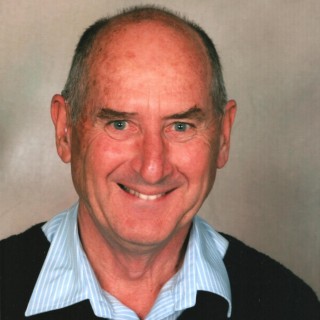 Anthony Buirchell has been a teacher for 45 years and is now retired. His Working with Children's Number is 1076824. He was born in Kojonup, West Australia in 1949. He worked on the ‘Wheat Bins’ during Christmas holidays to pay his way through high school and college. Anthony was the Head Boy of Kojonup JHS in 1964 and again at Katanning SHS in 1966. After studying at Claremont Teachers’ College he graduated and taught for 45 years in large primary schools and as a Principal in small country schools. Through part time studies he attained a Bachelor of Social Science at Curtin University and a Bachelor of Education at Murdoch University. He has a daughter, Stephanie and two grandsons, Kale and Dylan.